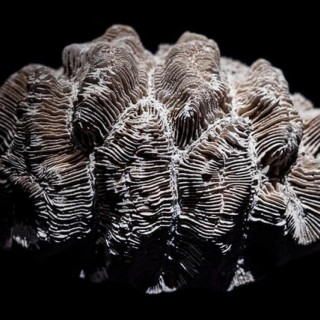 I am an educator who is committed to developing innovative and productive learning environments.

I have been thinking lately in Vonnegutian terms. I am apparently a machine that is designed to post to social media and then respond to others. That may not be my job in life (at the moment, I am an Assistant Professor of Education at Pace University), but it is the place from which my value as a public person is (seems to be) derived. And it is the way I have started to (re) think my lived existence.

So, this article has really resonated with me. And especially this bit:

The folks at Facebook and Twitter have achieved something remarkable: they have made their users regard the world as staging ground for inputs to their products. The world and its events and relations are, so to speak, so much raw material to be submitted to the formulation and framing of Facebook statuses and tweets. The world is not the world tout court, it is the provisioner of ‘content’ for our social media reports.

I am not naive enough to believe that I (or anyone for that matter) is independent of outside influences. But this effect is really quite something. I debate ending my Facebook account and spending less time on Twitter, but there are connections there that are very meaningful to me. So, for now, I am staying put.

What worries me more at the moment is the way that Facebook and Twitter (and Pinterest and Instagram, etc.) have successfully and efficiently modeled exactly what we expect from learners in traditional settings (which, by my read, is still pretty much all K-12 schools here in the U.S). To make this point, I will need help from Mike Caufield.

In a post from July, “Information Underload,” Caufield makes the argument:

One of his examples really hit me. Caufield discusses Netflix:

Take Netflix as an example. Endless thinkpieces have been written about the Netflix matching algorithm, but for many years that algorithm could only match you with the equivalent of the films in the Walmart bargain bin, because Netflix had a matching algorithm but nothing worth watching.

He could also be describing the traditional role of teaching and learning in schools. The teachers (as a living recommender engine) is recommending to the students what is in the teacher’s “inventory”, not what is the next most interesting or relevant thing for the learner. The student is supposed to respond, like in the social media Pavlovian vision from the earlier article, by responding in the way that the teacher or school expects. The teacher who fulfills this goal is considered successful. The student who complies with these expectations is considered successful.  But is remains unclear how much authentic learning is actually taking place beyond the fulfillment of these complementary algorithms.

I think that the formation of personal learning networks and the concomitant  transformation of the roles of teacher and learner are the way through this quagmire.

I am not sure yet sure how to get my worldview back from Facebook and Twitter, however. I will keep working on it.

For the past chunk of time, I have been doing research into the emergence and evolution of learning networks in learning environments of all kinds. In my slightly (okay more than slightly) schizophrenic way of doing things, I have been looking at secondary science and high ed settings for this work.

Thanks to Stephen Downes, I have been thinking a lot about the differences between groups and networks. This this video and this presentation for the distinctions he makes between these two entities.

While I was still a secondary science teacher, I spent the last two years in the middle school in which I taught having redesigned a high school biology into a completely self-directed experience (or set of experiences) for 8th grade students. They could choose which unit to start with, their pathway through the set of units for the course, with whom they worked (or not), and when they considered themselves ready to be assessed.

Despite no prior experience with this degree of autonomy and accountability, all of those 50 students completed the course successfully and did extremely well on the state mandated final exam.

Most interesting to me was the emergence and evolution of the connections they formed over the course of the year.

This image depicts the arrangements of these students at two points of the school year. The diagram on the left illustrates their working connections (which I have taken to calling “student learning networks”) in about week 3 of the school year. At this point, as with most secondary students doing group work, they have organized themselves into dyads and triads, with a couple of singletons. The diagram on the right illustrates these student learning networks at about 3 weeks before the end of the school year (9 months later). At this point, we can see that some these dyads and triads have evolved into some more complex networks.

So far, I am fairly confident that two things are essential for the evolution of these student learning networks:

The next big hurdle is to figure out how to capture and document the emergence of these learning networks.

For the past 3 to 5 years I have been reading some reliably great bloggers, like Stephen Downes, Audrey Watters, Maha Bali, and Laura Pasquini.

In addition to being provoked and challenged by their writing, I have been inspired by their example. They are disciplined, articulate, creative thinkers and writers. I see each if them – and others as well – as being public scholars. It is something I have aspired – and been inspired by be.

So, with this relaunch I hope to follow their lead. It is my goal to write here every day. To build a habit, to get thoughts on (digital) paper, to do crayon versions of my research.